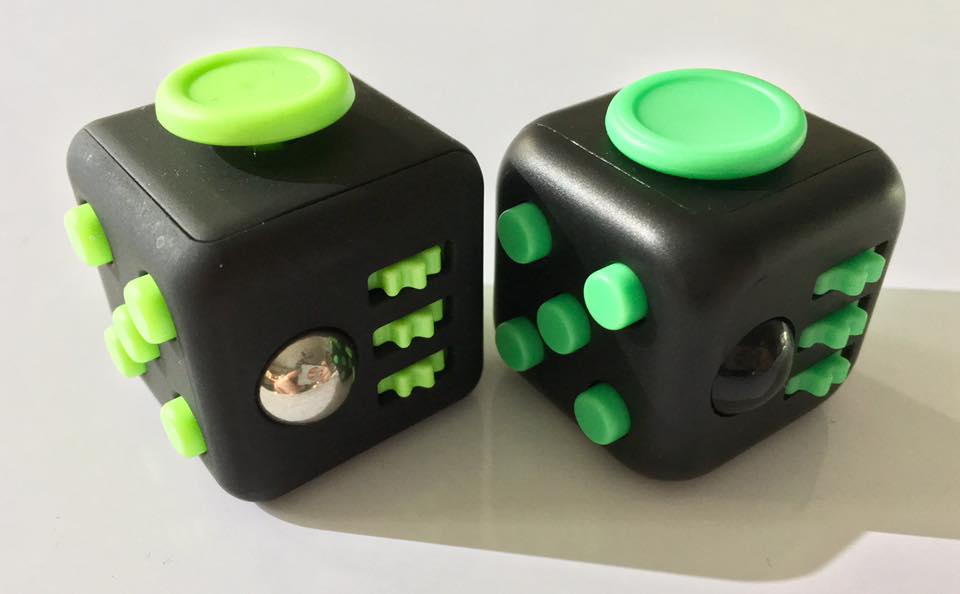 Knockoff on the left, Kickstarter on the right.

I’ve seen a number of friends post about fidget cubes, both the Kickstarter and the knockoffs. Since I have both, I wanted to share this very brief comparison.

My understanding is that the original developers didn’t patent their creation in a way to prevent the copies, and using Chinese factories to build prototypes and mass produce the final versions didn’t help.

That said, the different cubes I received did have specific production differences even if they included the same overall functions. Both have their strengths.

For example, the Kickstarter Fidget is quieter and has more options on the die face buttons and a better spin dial. While I like the build quality of the Kickstarter overall, I prefer the toggle switch on the knockoff, and there are times where I enjoy the noise the counter dials make as you spin them.

And of course, there’s the price difference, with the Kickstarter running $22 per cube, while the knockoff can be had for about $4 and arrived well before the official order did.

Be wary, though. I ordered knockoffs from two separate sellers and noticed production differences there as well. The one that I preferred can be found here.