The 2018 Bridges & Vines Bicycle Tour this weekend offered a range of rides for over 400 riders through rolling hills, past wineries, and covered bridges.

I braved the newly added “mostly gravel” tour along with 12 others, and rode 40 miles across back country roads of gravel, dirt and questionable chip-seal asphalt.

While a bit challenging at times, it was quiet and peaceful, with little traffic.

Mistakes were made. Nostalgia for the 70s Sid & Marty Kroft show Electra Woman and Dyna Girl prompted me to watch the 2016 remake.

It was about as good as you’d expect a movie starring two YouTube personalities.

The remake … well … For some reason writers seem to want to tear down their heroes, both in the 2016 remake as well as the 2001 unaired pilot. Of the two leads, Hannah Hart is far better of an actor.

It’s another example the theory that the success of the Marvel Cinematic Universe is that they are films that are often about another genre (70s political thriller, heist movie, etc) that just happen to have superheros. This remake is just a “superhero comedy”. Like My Super Ex-Girlfriend.

If you want to watch one of those, you’re better off with 1999’s Mystery Men. Or, of course, Deadpool, which is really a “screwball romantic comedy” that just happens to have superhe– well, Deadpool.

17-year cicada freshly out of the ground in #CLE @CVNPNPS. pic.twitter.com/6YRQGISsaD

Every family has that one person they count on to provide some level of tech support. Like many, I’m the go-to guy when my parents have an issue with their tablet, printer or TV.

I was happy to help provide tips to the The Wall Street Journal for their article Are You the Family Tech Support? My tips for those asked to help our their family with tech issues:

With all of the connected devices in your home these days, issues with your wireless network can cause a headache. 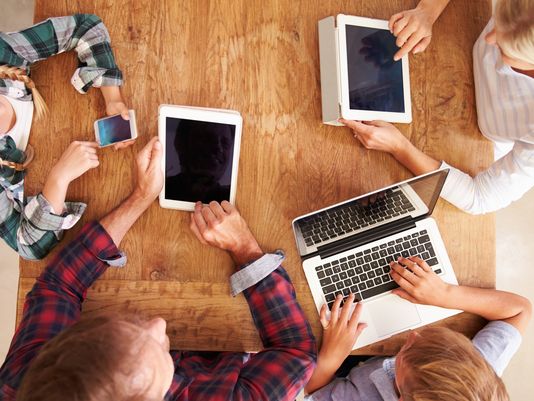 Geek Squad Agent Woodworth and myself helped answer 4 of the most common home Wi-Fi questions we see from our clients in this piece in the Arizona Republic.